On Saturday 30 January, Volkskrant Magazine published a selection from the series of portraits of ‘Musicians in Corona time’ by photographer and journalist Rob Becker. Musicians in the Netherlands talking about their working conditions, which were radically changed by the Corona crisis, and portrayed in their home situation.

Previously published in Volkskrant Magazine
Back to overview 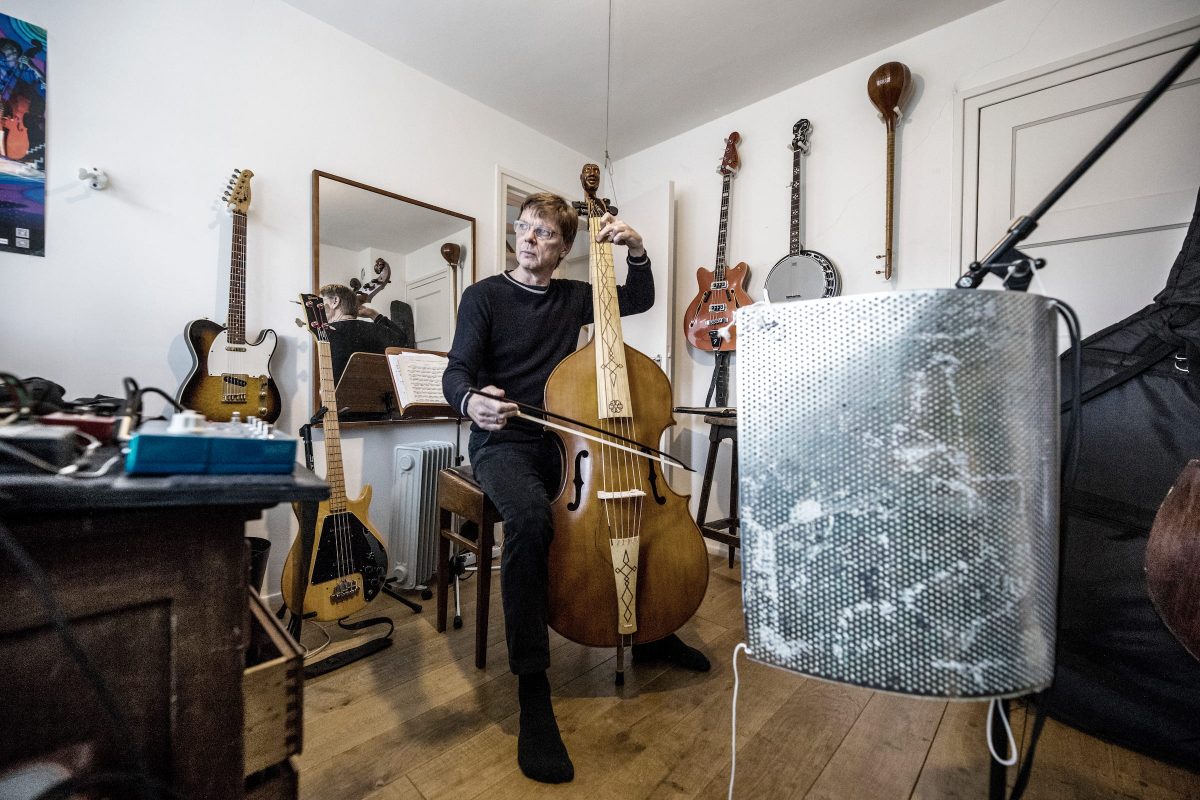 ‘During the Corona period, I mainly worked on music for the documentary Boerenrepubliek which will be broadcast in four parts on public channels next year. I recorded all the instruments myself and even played the piano and guitar myself. My wife now calls me the new Joep Beving of Amsterdam Noord. I also studied analog synthesizers and used them for the documentary music.

Working at home is OK for recording, but it’s actually too small here with three double basses, a violone, six bass guitars, a banjo, an ud, a piano and much more.

Teaching had to be done online behind the computer. This is not impossible and has some advantages, but mainly the disadvantages are greater. The sound is very poor, especially for bass instruments. In addition, it appears that with video calling, the sound regularly speeds up or slows down for a moment, you don’t notice that with speech but you do with music.

I don’t see very many advantages to working from home, but it is possible and that is already very nice. In the future, when I can travel again, I will teach online more often while touring. It hadn’t occurred to me until now that that is actually an option as well.

In this second lockdown, my courage did sink in when it comes to performing. Fortunately I have the teaching and the documentary assignments. Otherwise it would have been really tough.’

On Top of the World